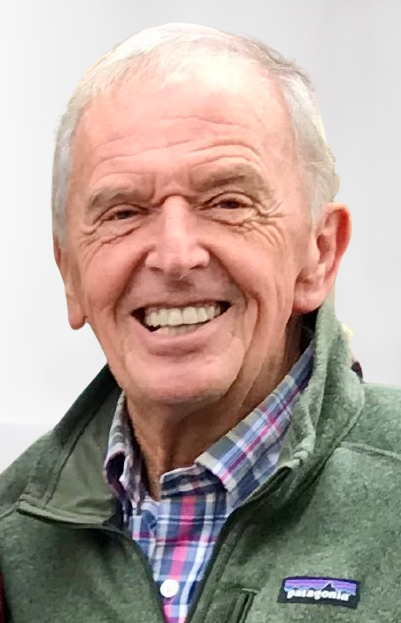 Mr. Brittain has been in education for over 40 years and has held the roles of middle school teacher, guidance counselor, and acting principal. His insight as an experienced educator is beneficial to all in the school community and has helped him contribute as a member of the Board.

Mr. Brittain is most proud of being part of this board that listens and helps students to reach their maximum potential. In his spare time, he enjoys reading, traveling, working in the yard, and spending time with family. He has been married for 52 years to his wife and best friend, and together they have 3 children and 5 grandchildren. 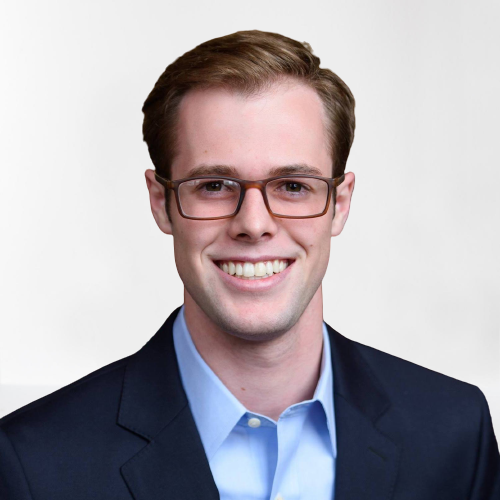 Tyler Burrell has been a member of the BCIT/BCSSSD Board of Education since 2021 and is currently serving as the Board President. He also has served as a Delran Township Public Schools student committee member for the 2013-2016 Technology Plan. His service extends to the Delran Township Council, where he is a two-term Councilman and President.

Mr. Burrell's experience as an elected official; as the Former Founding Vice President of the Delran Education Foundation, a non-profit that raised money for innovative education programs; and as an attorney & COO at McOmber McOmber & Luber all have prepared him to be a member of our Board. His areas of expertise include stepping out to see the big picture and finding results-driven solutions.

His motivation to become a Board member is his strong belief that education is the great equalizer and that we must invest in our community to make it a better place, which starts with investing in our children. Mr. Burrell is proud of the success of our students, as the everyday achievements, breakthroughs, and successes of the students fuel his work.

Odise Carr was sworn in as a member of the BCIT/BCSSSD Board of Education at the meeting on July 7, 2022. He has served on the Westampton Township Committee since July 2021 and previously served on the Camden Police Federal Credit Union Board of Directors from 2018 through 2021.

Mr. Carr's motivation to join the Board stems from his belief in the importance of education in our personal and collective growth, which he exhibits by continuing to pursue traditional education and professional development opportunities. He applied and was accepted to law school in 2019, and finished his studies in two years.

As a Board member, Mr. Carr is proud of the alternative paths offered to students. Additionally, he feels that the administration and staff do an amazing job in serving the interests of the parents and children. Mr. Carr believes that education encompasses more than just academics and that future leaders are being forged today. He is excited to have this opportunity to contribute to the knowledge, growth, and success of these future leaders.

Mr. Carr has been involved in policy, administration, operations, training, and executive tasks in both the New Jersey Army National Guard and Police Department and is confident in his ability to make strategic and prudent decisions. Prior to his honorable separation from the Army, he was an operations officer charged with the coordination and administration of essential tasks and training. While serving in law enforcement, Mr. Carr oversaw accreditation tasks for a large South Jersey organization and was awarded for achieving accreditation for the department. He also served as an administrator for patrol operations and implemented community policing strategies.

In his spare time, Mr. Carr enjoys working with his hands, building and remodeling homes, and working on antique cars.  He also enjoys golf, fishing, an occasional video game, and most importantly, spending time with his family. Mr. Carr is a lifelong resident of Westampton Township, New Jersey. 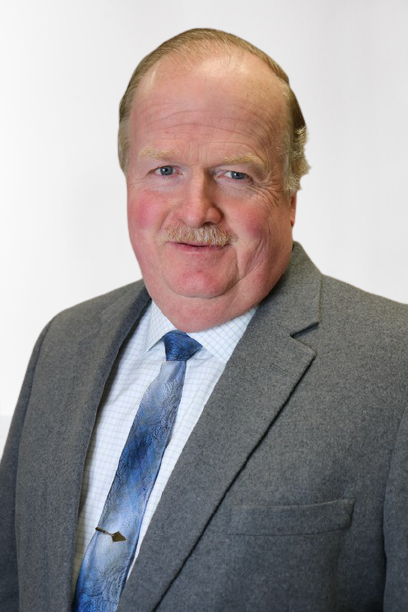 Leon E. Jones, Jr. is celebrating his 13th year on the BBCIT/BCSSSD Board of Education. During his time as a Board member, he has served as Vice President and President. Mr. Jones originally began serving on the BCIT (Burlington County VoTech) Board of Education and continued to serve after, in 2012, the BCIT and BCSSSD districts combined to form one Board of Education.

Motivation for Mr. Jones to join the Board was that he wanted to help the students who weren’t really interested in pursuing a college degree to succeed in alternative opportunities, such as construction or other specialty occupations. He feels that many kids don’t want to go to college and these students can be extremely successful in a skilled education opportunity. His occupation in the construction industry and his understanding of educational courses has helped him identify with the needs of students for success in vocational professions.

As a Board member, Mr. Jones is most proud that the enrollment at BCIT continues to remain strong and that students are looking forward to attending a vocational-technical school. This shows how students are interested in alternative programs and can succeed in one of the many opportunities available at BCIT. He is also very proud of every program offered at BCSSSD, the teachers and staff who offer specialized instruction, and the students exceeding in their education.

In his spare time, Mr. Jones enjoys golfing, fishing, and working on old houses. He is happily married to Janice, and together they have six children and seven grandchildren as well as three pets - Gracie, a Golden Retriever; Harley, a Cavalier King Charles Spaniel; and Jamie, an eight-month old St. Bernard puppy. 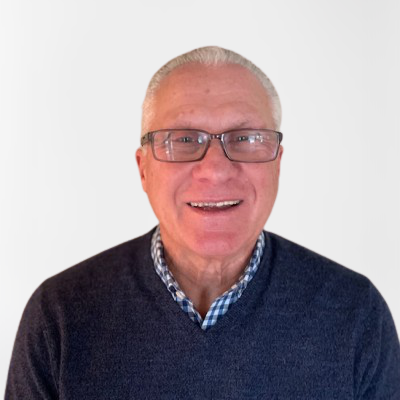 Mr. Marini has spent 47 years in the field of education. During this time, he has served in a variety of teaching, coaching, and administrative positions. His experience has given him a great amount of knowledge in the field of education, which has helped him tremendously as a Board member. In the position of Executive County Superintendent of Schools for Burlington County, part of his job, which he enjoys very much, is being a Board of Education member.

Mr. Marini feels very blessed to be part of such a distinguished group of individuals who are dedicated in their roles as BOE members. He is most proud of the opportunity to be part of the development of students; academically, emotionally, mentally, socially, and physically. To be part of this nourishment of our country’s future is very rewarding to Mr. Marini.

In his free time, Mr. Marini enjoys spending time with his family, playing golf, going to the jersey shore, and working in the garden. He is also a big sport enthusiast. His wife is a retired Special Education teacher, and they have been married nearly 50 years. Mr. Marini and his wife have two sons Vincent and Steven, daughter-in-law Noel, and three grandchildren, Elena, RJ, and Chase. 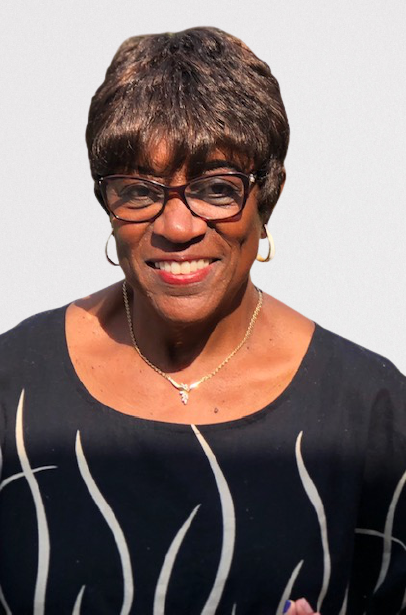 Having served as a central office administrator in five school districts in Burlington County, Ms. Moore is very well equipped to serve on this school board. She has experience in the areas of negotiations, drafting policies, and human resources, harassment issues, etc.

As a retiree, she has time to give back to her community and loves serving in any capacity needed. Ms. Moore is quite excited to assist by working with administrators and sharing her expertise with other Board of Education volunteers. She finds it exciting to help establish goals and set standards for the performance of BCIT/BCSSSD students and staff, as it helps to grow our community. Ms. Moore is proud to be a part of the Board and feels that our BOE members are wonderful, selfless community servants. They have given years of service to the community, and are willing to give more.

A proud grandmother of five, two of whom have graduated from college, Ms. Moore spends a lot of time with her grandchildren. She also is a member of a sorority, whereby she enjoys working to improve the community through food pantry collections, helping the homeless, serving meals to the community, providing prom dresses for those who need them, and any other projects where there is a need. Ms. Moore's husband is also a retiree, who worked for over 25 years as an administrator in Burlington County.

Michelle Parker has served on the BCIT/BCSSSD Board of Education since August of 2020. Being in the field of Instructional Technology for over 30 years has been an excellent backdrop and training ground for her role as a Board member. She has had the opportunity to understand many of the standard operating procedures through her work with school district administrators and exposure to the operational side of the business office.

Ms. Parker is Burlington County-educated from 2nd-12th grade and carries a torch and sincere compassion for our children--the whole child, but particularly from an instructional perspective. She was motivated to join the Board to weigh in on the decisions that impact the opportunities for the continued success of our children. As a Board member, she is quite proud of the shared vision across the Board, Dr. Nagy, and school leadership. Ms. Parker is most proud of our dedicated teaching staff and amazing students.

Ms. Parker has been married to her husband Craig for nearly 20 years. Together, they have a blended family with three lovely children ages 30, 28, and 18 as well as a super cute dog named Coco. In her spare time, Ms. Parker enjoys traveling with friends and family, especially throughout the Caribbean. She also enjoys baking, partcipating in fundraisers, and serving our community.