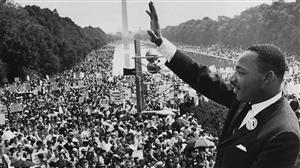 On Monday, there will be no school to honor the pioneering work of Dr. Martin Luther King Jr. who is remembered more than 50 years later after his death. Students on all campuses have engaged in writing exercises, videos, speeches, and artwork to commemorate the life of Dr. King.  In an era without the assistance of social media, Dr. King influenced the nation before his life was prematurely taken.  One of his defining moments was when he led a march and protest in Washington, D.C. in 1963 among other protests to promote nonviolent awareness regarding racial inequality. He is best known among many speeches for his "I have a Dream Speech" which addressed injustice and served as a challenge to respect one another and treat all equally.  The following year in 1964, Dr. King received the Nobel Peace Prize for his fight against racial inequality.

We are very proud of the efforts of Dr. Ashanti Holley, Assistant Superintendent for Equity and Diversity who has created a pathway across the district to inform, engage in dialogue, incorporate in the hiring processes as well as integrate in curriculum and instruction a conversation about equity and diversity.  Dr. Holley has trained students and staff to be Equity Champions and is leading the implementation of the strategic plan for equity and diversity.  Pursuant to a district focus and articulation, each month key topics and celebrations will support the District's commitment to diversity, equity and inclusion. Dr. King's civil rights movement is a defining moment in United States history and his message is very important and relevant more so than ever today that injustice anywhere is a threat to justice everywhere and defines the importance of ending racial inequality.